As our nation celebrates the history and achievements of African Americans, Bank of America Merchant Services spoke with two leaders of the Black Leadership Network to hear their stories.

Derius Skinner is a fighter for social justice and equality. 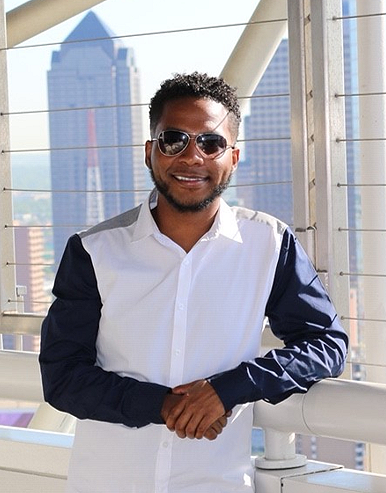 Growing up in rural Louisiana, Derius (AVP, Client Service Manager, Coral Springs) was always interested in black history and culture. In 2004, as a junior in high school, he and some friends set out to right a wrong that was affecting their small town. Amazingly, the school Derius attended was one of only three in the entire state that still had a segregated homecoming and prom – one for white students, and one for black students.

"My friends and I wanted to change things," Derius says. "We said 'We eat together, we go to class together—why can't we do this together? It's one of the most important moments in the school year."

So Derius and his classmates formed a committee to have a fully integrated prom and homecoming. "It turned out bigger than we thought it would be," he says. "At first there was some resistance from parents, but then local media picked up the story, and everyone just decided to calm down and go along with the change."

After high school, Derius attended Wiley College, a historically black college, on a full academic scholarship. His original goal was to become an eye doctor, so he majored in Biology. "Then a counselor gave me a Psychology textbook. I read it from cover to cover." So Derius switched his major to Psychology, with plans to become a marriage and family counselor.

But Derius wasn't sure about his career. Since he was already working as a teller at Bank of America, Derius decided to stick with it. He soon became a personal banker, then assistant manager, and eventually he was helping to manage four bank branches.

Derius joined Bank of America Merchant Services in 2014, and says the company's policies on diversity and inclusion "surpassed my expectations." But, while he had been a member of an affinity group for black professionals at Bank of America, there wasn't a similar group here. So working with a few colleagues, Derius helped found the Black Leadership Network in May 2019. "The group has helped people expand their knowledge of black culture," Derius says. "We help people find resources, and work on career development." The group has grown to more than 150 members in less than a year, and has conducted panel discussions and volunteer events around the country.

Jacqui Graham has loved history, and particularly black history, since she was a child in her Baptist church's Sunday school. 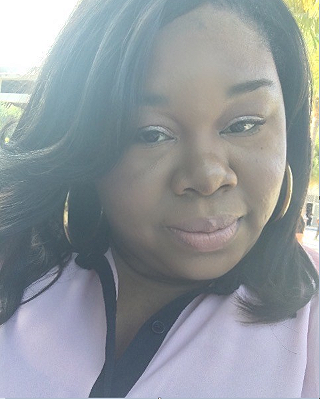 ​"Our teacher started talking about the history of slavery and other facts about black history, and I was fascinated by it," Jacqui says. The Client Services Analyst from Coral Springs grew up in a small town in South Florida, and says she's always been interested in learning more about the history of her people. "You want to know where you come from, and it's important to learn the stories," she says. "South Florida is a very diverse place, and even the black community is diverse. But people don't necessarily know black history."

Jacqui's been working since she was 14 years old, starting at a Publix supermarket in her home town. In 2007, she moved to Coral Springs, and started working in customer service for Chase. It was a good fit for Jacqui, who had considered a career in nursing. "I love taking care of people, and providing service. I'm a nurturing person," she says.

Not long after, Jacqui joined First Data, saying she expected to stay two or three years. But she progressed in her career and decided she enjoyed helping people and providing quality customer service.

Like Derius, Jacqui saw a need for an affinity group for African Americans. "I saw what the Women's Leadership Network was doing, and the positive effect they were having on their members, and I wanted to do something similar," she says. "I wanted a group that would help people develop leadership and communication skills." Working with senior leadership, she was able to connect with Jaquelyn Jackson in Atlanta, who was busy trying to launch a similar group there.

"The process was easier than I thought it would be," she says, adding that she received a great deal of support from leadership. "I give Jaquelyn the credit—she represented our vision. And with all of us working together, we were able to make it happen!"

Jacqui says she's proud of what the group has accomplished in just a short time, saying that they've been able to educate people about black history and culture, and host events focusing on business skills, networking, and more. In addition, the group has been active in its communities, organizing volunteer efforts with local schools, shelters, and food banks.

Jacqui is a strong advocate for the importance of Black History Month. "It gives us a chance to highlight the achievements of those who went before us," she says. "We've got to embrace our culture, and keep telling our own stories."